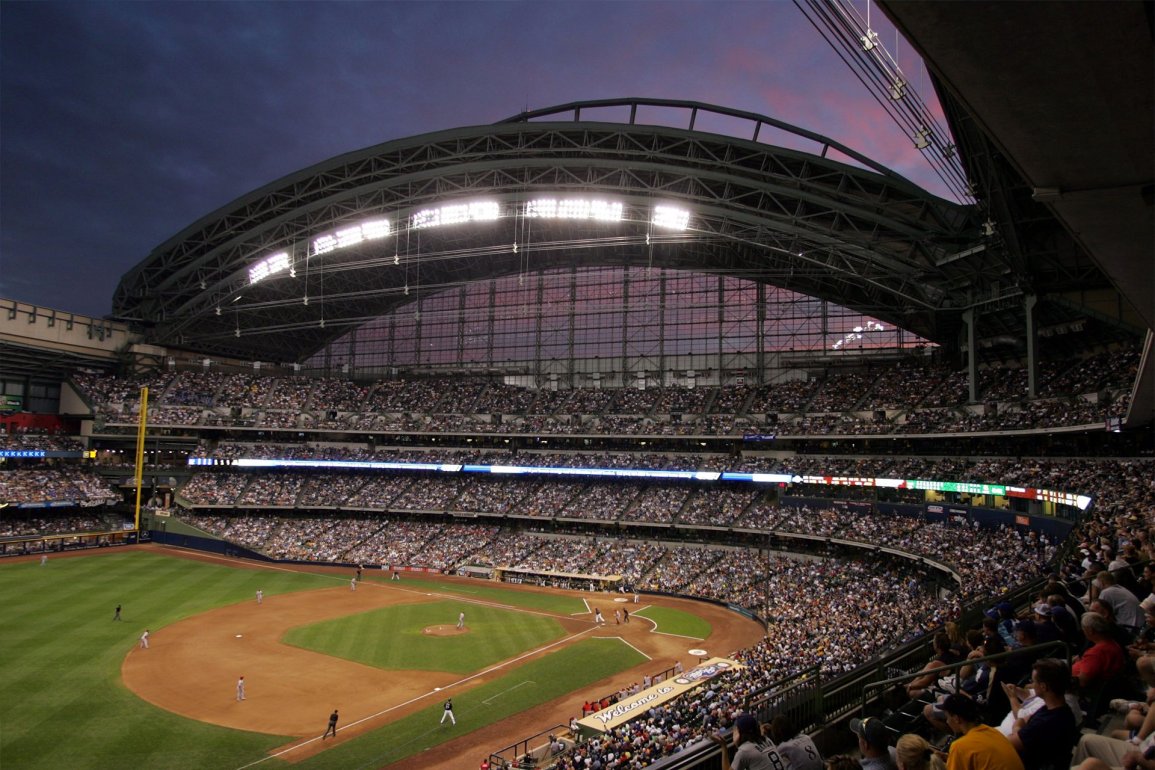 In ESPN’s Battle of the Ballparks, Miller Park is Crowned Champion

Congratulations Brewers fans! In ESPN’s Battle of the Ballparks, Miller Park has been crowned champion. The home of the Brewers collected 58% of the 132,568 votes in the final round to beat AT&T Park.

132,000 votes later, Brewers fans everywhere voiced their opinion. I obviously did in my post explaining why I thought ESPN’s Jim Caple was wrong and what Milwaukee Brewers fans see in Miller Park. It was also pretty exciting to see the rally on Twitter, including Brewers closer John Axford linking to my post. (I need to get a beer with this local hero)

Senior writer Jim Caple may deny it, but it certainly appeared that there was a strong bias against the small-market Milwaukee Brewers. He shared a bit more of his thoughts at the end of the article on ESPN stating “oh, and by the way, to once again set the record straight — I am not from the East Coast. My mother is from Wisconsin, my parents met in Milwaukee, I grew up in the Pacific Northwest, I covered baseball for a decade in the Midwest, I drove to annual tailgate parties with friends at County Stadium, I once ran in the Sausage Race at Miller Park and I now live in the Seattle area. I do not have an East Coast bias nor do I dislike the Brewers. I just happen to think Pittsburgh’s PNC Park is best.”

So Jim, I think you really should find a way to make it to Wisconsin for a Brewers game at Miller Park. It really is a great venue, even if we can not all agree on which ballpark is #1. The pre-game tailgating experience is wonderful, as is the in-stadium amenities.

There is nothing like enjoying a Brewers win on a cool summer evening in Milwaukee. And without Miller Park, our fans may have been facing the reality of a second MLB team leaving this city. The Brewers needed the community and we needed them. And after many rough years since our World Series run in 1982, we are now able to watch a winning tradition being built here in Milwaukee. Without Miller Park, that would not have been possible.

Thank you to all the Milwaukee Brewers fans who got out the vote. ESPN heard us. Jim Caple heard us. All of Major League Baseball heard us. Rightfully so, as Milwaukee has something to be very proud of in our Brewers and Miller Park – champion of ESPN’s Battle of the Ballparks.