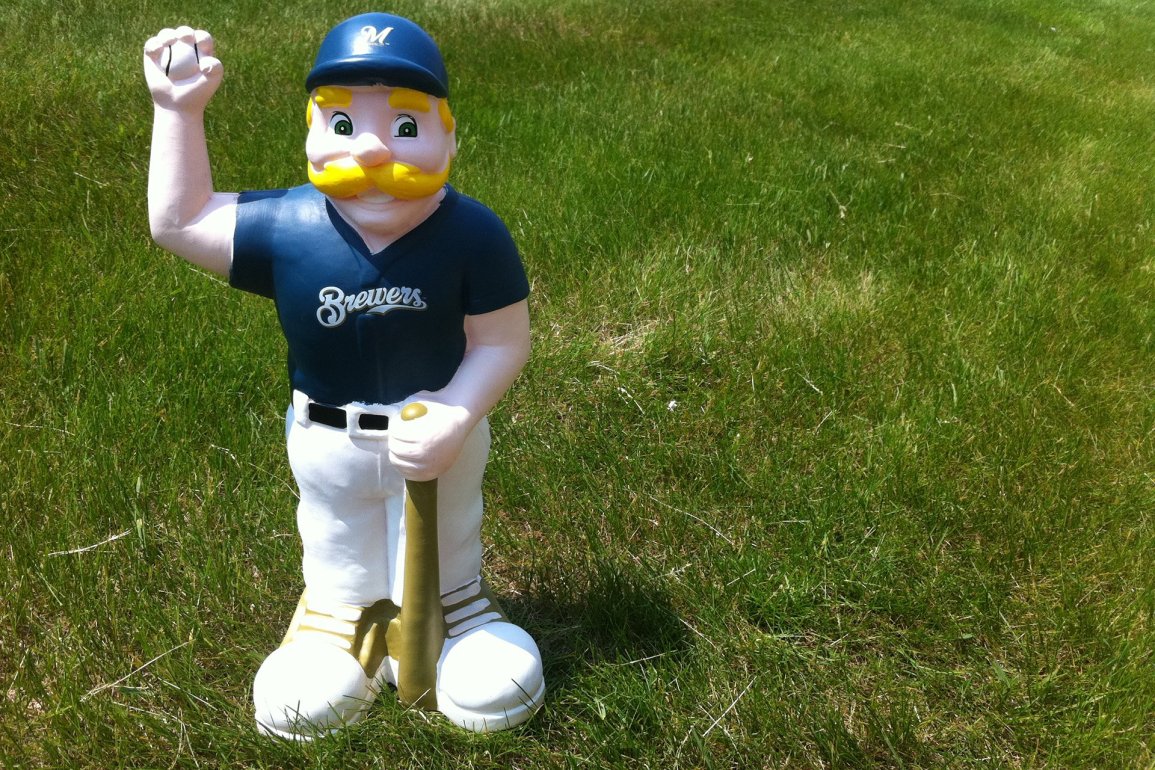 Just how negative were the online conversations surrounding the “Where’s Bernie” promotion on May 24th, 2011? While at least one marketing firm in the Milwaukee area thought the event was a PR home run, it was clear that the Milwaukee Brewers actually had a public relations nightmare. If you haven’t heard the story by now, the Milwaukee Brewers teamed up with the County Parks to create a promotional scavenger hunt for Brewers fans by hiding 1,400 Bernie Brewer lawn ornaments throughout the state.

Bernie Brewer went missing in early May and Brewers fans were encouraged to follow him on Twitter as well as the #WheresBernie hashtag for clues to his whereabouts. The Bernie Brewer lawn ornaments were to be hidden in 27 different parks in the 5-county metro Milwaukee area (Ozaukee, Washington, Waukesha, Racine & Milwaukee), Kenosha, Madison, Appleton & Green Bay.

The Milwaukee Brewers kicked off the event at 5 a.m. on Tuesday, but the scavenger hunt was filled with complaints of greed and fans staking out workers and snapping up the statues as soon as they were hidden. In one case, Racine Parks Recreation and Cultural Services Director Donnie Snow forgot about placing the 20 Bernie Brewer gnomes at North Beach.

For the most part, Brewers fans took to Twitter to express their displeasure with the “Where’s Bernie” promotion. Of the more than 2,000 mentions about the event 1,652 of them were on Twitter. Facebook mentions were a distant second with only 223 mentions. The chart below shows mentions of Bernie Brewer and the “Where’s Bernie” across online channels.

The sentiment of those conversations were primarily filled with anger. Over 18% of the conversations on May 24th were extremely negative. Conversations marked as neutral were primarily complaints as well meaning that 80% or more of the chatter surrounding the “Where’s Bernie” promotion and #WheresBernie hashtag were fueled by disappointment.

Milwaukee Brewers closer John Axford (@JohnAxford) shared his disappointment on Twitter as well, initially mentioning the greed and immediate sale of the lawn ornaments on eBay. This specific tweet from Axford was retweeted over 75 times.

Really people? Really? Do you really need to take dozens of Bernie gnomes? @Bernie_Brewer would NOT be happy! #wheresbernie? Ebay apparently.

In a later tweet, Axford went on to suggest that the hoarders of the Bernie Brewer lawn ornaments actually donate them or give them away.

I better find out later on Twitter that these gnomes have been donated or given away. Who needs more than 1 Bernie gnome? No offense Bern!

Greed was personified by St. Francis resident Erin McHardie, who posted a picture on Twitter of a trunk full of Bernie Brewer lawn ornaments that she picked up Tuesday morning during the scavenger hunt. Fans immediately began to share the photo leading McHardie to eventually delete her Twitter account.

The story made both local and national news with more than 127 distinct news stories about McHardie. And while McHardie initially tried to apologize and explain her position, fans and area residents had already made up there minds leading some folks to create the “Erin McHardie is a Greedy Bitch” Facebook page.

McHardie eventually surrendered 17 of her 27 Bernie Brewer gnomes to Dave And Carole’s Miracle Marathon for Children’s Hospital. According to WISN, “the radio hosts put [the statues] on the auction block with a $500 apiece asking price. They sold out within hours. With Kohl’s Department Stores matching donations for that hour, the lawn gnomes garnered $17,000 for Children’s Hospital.”

The initial story on JSOnline gathered quite a bit of attention with over 100 comments (mostly negative in nature) and 213 social shares while the blog from JSOnline about McHardie had over 200 comments.

For all the negative attention the “Where’s Bernie” promotion received, it did have a ton of potential as well. Perhaps the Milwaukee Brewers will learn from the experience and a few greedy people will not ruin future promotions for all Brewers fans.