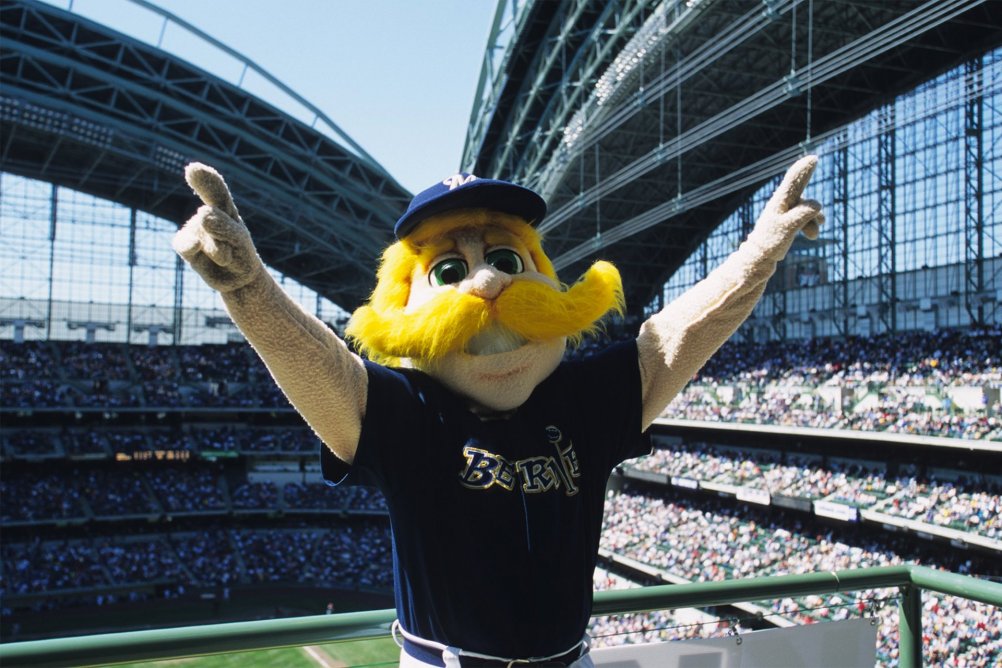 The Milwaukee Brewers received a lot of attention this week with the “Where’s Bernie?” promotion. There is the photo above, showing a trunk of at least 10 of the Bernie Brewer lawn ornaments. There was the story of a woman who hoarded dozens of the “Where’s Bernie” gnomes. And of course, there were the reports of the lawn ornaments being sold on eBay and Craigslist for $100 dollars or more.

Designed as a scavenger hunt, the Brewers announced the promotion through Bernie Brewer’s Twitter account, @Bernie_Brewer, on May 16.

News of the team mascot’s disappearance spread over Twitter that Monday morning as Bernie Brewer used his account to send clues, 27 in total, as to the whereabouts of his location.

What was to be an exciting scavenger hunt for Brewers fans turned sour almost immediately because of hoarding fans.

Brewers spokesperson Tyler Barnes said “the goal (was) to get these (ornaments) into the hands of as many households as we could.”

Unfortunately not everyone played by the rules creating a backlash from Brewers fans and national attention with coverage from ESPN, the Washington Post, the Star Tribune and other media outlets.

According to official rules of the “Where’s Bernie” promotion, four hundred of the Bernie Brewer lawn ornaments would have special prizes attached and placed in parks throughout the five-county metro Milwaukee area as well as in parks in Madison, Appleton, and Green Bay on the morning of Tuesday, May 24.

Just minutes after the 5:00 AM start Brewers fans took to Twitter to discuss the scavenger hunt and in most cases, express disappointment as they searched for the mustachioed mascot.

I woke up that morning at 4:30 AM to get to the nearest park in time for the event kick-off. As I arrived at Holler Park roughly 15 minutes before 5:00 AM there were already more than a two dozen people searching the park.

I only saw one individual carrying the Bernie Brewer lawn ornament and after less than 10 minutes of searching I made my way to another county park.

If this Brewers fan claimed the Bernie Brewer lawn ornament at Wedgewood Park, it appears it happened well before 4:00 AM on Tuesday.

I reached Wedgewood Park just shy of 5:15 AM where I ran into only two other Brewers fans searching for the garden gnomes. One individual stated that we was sitting in his car at 4:00 AM waiting for the Bernie Brewer lawn ornaments to be placed.

He reported that he didn’t see anyone come by between 4:00 and 5:00 AM and hadn’t had any luck searching for Bernie leading him to believe the clues were wrong in suggesting Wedgewood Park.

Looking back Wedgewood was indeed one of the park to have a prized Bernie Brewer lawn ornament, which appears to have been claimed well before 4:00 AM.

As I was leaving I came across a Brewers fan who said he had already been to Wilson park and claimed two of the gnomes. This was his third attempt to find a hidden prize.

I would later see this greedy fan at McKinley Marina just after 6:30 AM where he was flabbergasted that all of the remaining lawn ornaments had been claimed on the Milwaukee lake front. I felt like calling the individual out. It was unbelievable that he was that greedy.

After the start to the scavenger hunt at 5:00 AM the Brewers released a statement saying that the remaining 1,000 Bernie Brewer lawn ornaments could be claimed at 7:00 AM at the lakefront Milwaukee County parks.

I arrived just shy of 6:00 AM at McKinley Arena to see about 75% of the Bernie Brewer lawn ornaments with a fan standing next to them. The Brewers staff had placed a few hundred of them in the park and people had staked their claim on them by standing next to each one.

I came across one woman who was greedy enough to have claimed three by standing next to one and yelling at anyone that came close to the other two she was holding for family members.

It was sad to see so many greedy people ruin the event. It was a very good idea designed by the Brewers promotional team, but could have been executed better.

I have some ideas on how the Brewers could have had better control over the “Where’s Bernie” promotion. And I hope that the Brewers don’t avoid a similar promotion in the future because of the greed exhibited this past Tuesday.

The point of the promotion was to get Brewers fans excited and to create an event that the city, and parts of the state, could take part in.

Here is one very young Brewers fan who was so excited when his father presented him with a Bernie Brewer gnome. This is exactly what the event should have been about, not a story about a greedy fan that was arrogant enough to Tweet a picture of a trunk full of the gnomes.