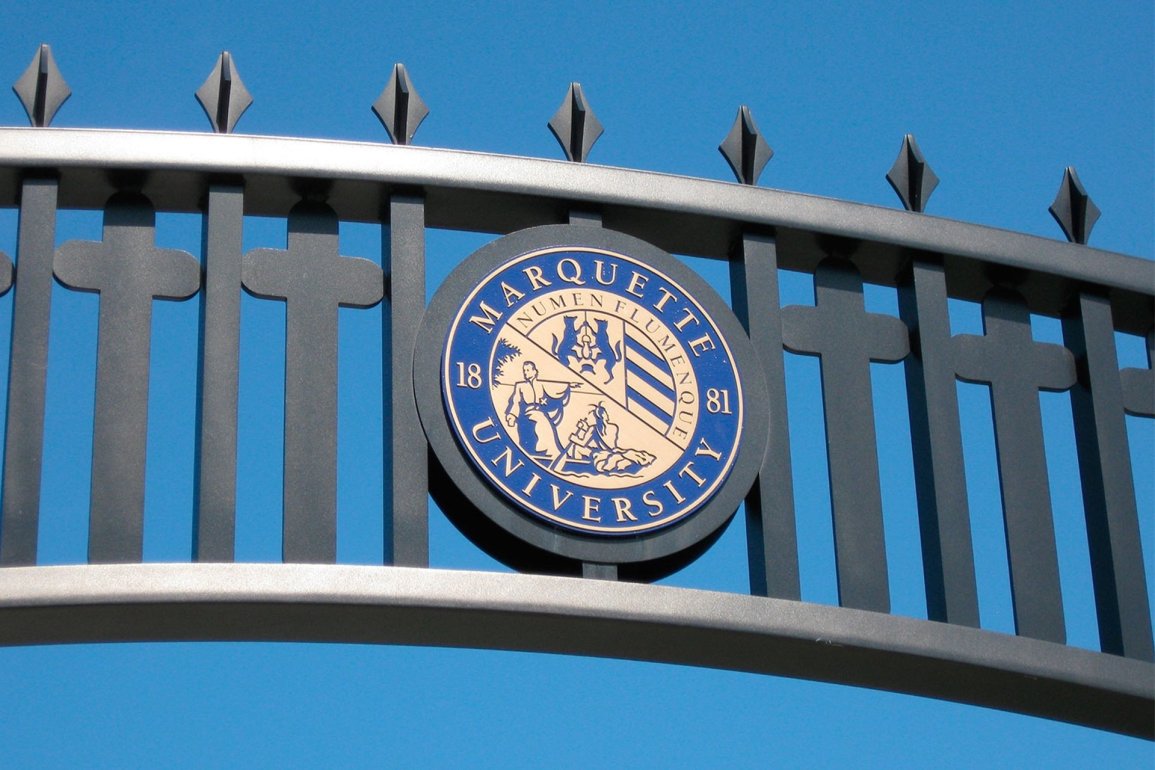 I’m looking for a vector version of the iconic Marquette Warriors logo. Can you help me in my quest to secure one?

Just before my freshman year at Marquette University the school decided to change it’s mascot and logo from the Marquette Warriors to the Golden Eagles. I wasn’t devastated, but I was disappointed. The university, particularly then-president Father DiUlio, thought Marquette should be politically correct and proactively make a change.

Students and Alumni felt very strongly that the Warriors name should stay, but to completely break ties with the Indian mascot Father DiUlio branded us the Golden Eagles.

I never felt that the logo was derogatory. In fact, I felt that there was a strong tradition and respect for the Native American Warriors it represented.

If the school, alumni, and staff felt strongly enough about rebranding the school’s mascot they could have still kept the Warriors name – instead they chose to completely abandon it. The Warriors nickname could have been portrayed a variety of ways and even without a mascot.

In 2004 then-president Father Wild entertained the idea of renaming yet again. A survery was released and 10 years later the results proved that the school and community still had not forgotten the Warriors and did not feel strongly or exhibit the same pride for the Golden Eagles.

Instead the Board of Directors passed a resolution that “Marquette will prohibit the use of Native American references, symbolism or imagery in its athletics logo, nickname, or mascot”. The debate and possible return of the Warriors was over.

But would Marquette remain the Golden Eagles, or something entirely new? Board member Ann Zizzo, of the Zizzo Group,  and her team landed on the “Gold”. The Marquette Gold. Really? But then again, the Zizzo Group also suggested we name the 27th Street Corridor “Boomgard”.

At the end of that controversy we stayed the Golden Eagles, but I still miss the days of nearly being a Warrior. And with that in mind I’ve been desperately seeking a vector or EPS version of the old Marquette Warriors logo. If you happen to have one, the means to find one, or know someone that might have it on file would you please leave a comment or contact me directly?

I would appreciate it and happily share the logo with anyone else.