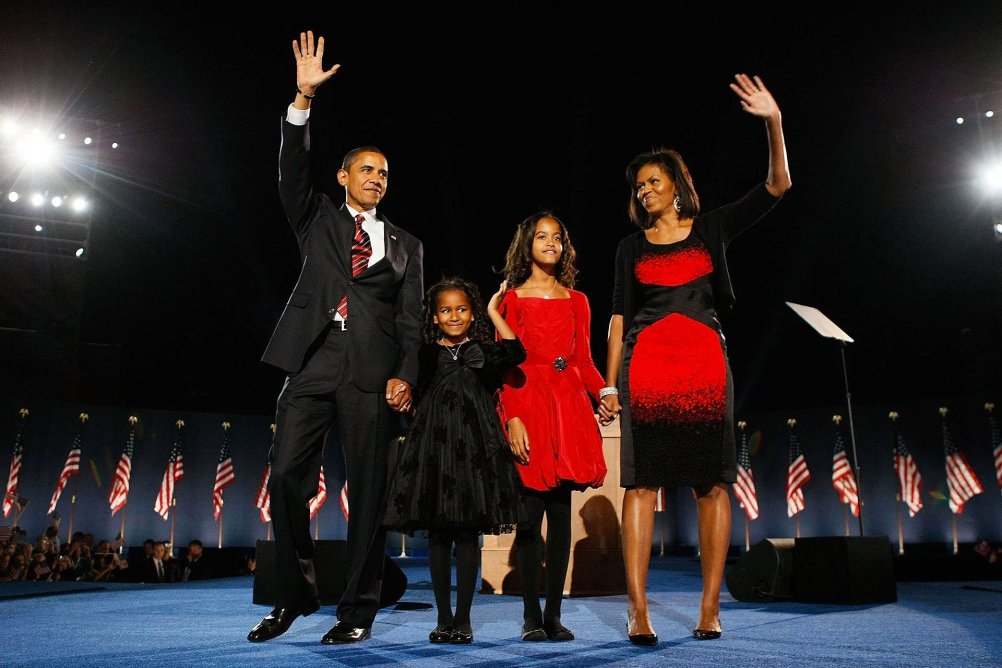 We the people…the people of this great nation have come together with a message – a message of change. It is just after the 10 o’clock hour in the midwest and America has elected the first African-American president of the United States.

As sunshine flooded my bedroom this morning, I awoke with a feeling of great excitement and optimism. And after I had cast vote #578 in my district, my view on this historic election had crystalized.

I am proud to say I voted for who I thought was the best candidate, and he so happened to be an African-American candidate. Less than 50 years ago the Civil Rights movement rocked this nation, tonight America has spoken loudly and clearly that its past will no longer rule its future.

Tonight, the crowds that cheer for President-elect Barak Obama represent the melting-pot that our fore-fathers had envisioned. He has now reached the steps of the White House, arriving through a campaign that has focused on the issues and not just the history.

However history will recognize him as the man who has ascended to the most powerful post in this nation, breaking through 200 years of history.

President-elect Obama has a very tough road ahead of him. Our economy, healthcare and education systems are in shambles. Our involvement in Iraq has been a disaster and as our future generations look back, it will likely be judged a giant mistake.

Now his message of change will need to become a vessel that delivers results.

As the sun set across this nation, signaling the closing of polls and the end of the 2008 presidential race, this nation has begun to look forward.

A new day dawns tomorrow, and the sun will rise on an era of renewal, hope and promise. President-elect Obama will need to preserve his message of change as it will, and has, become a message of democracy, liberty and unity.

Change. It began as a promise. It has now become a victory. Change will not come easily. It will come at a cost and it will be a challenge.

Everyone in this country is given an opportunity, everyday children are given a message of hope and now it has been given a new face and name. The liberty that our fore-fathers sought more than 200 years ago is alive.

I hope to look back on this moment in 10, 20, or 50 years and see it as a turning point in our country. I hope to share the history with my friends and children.