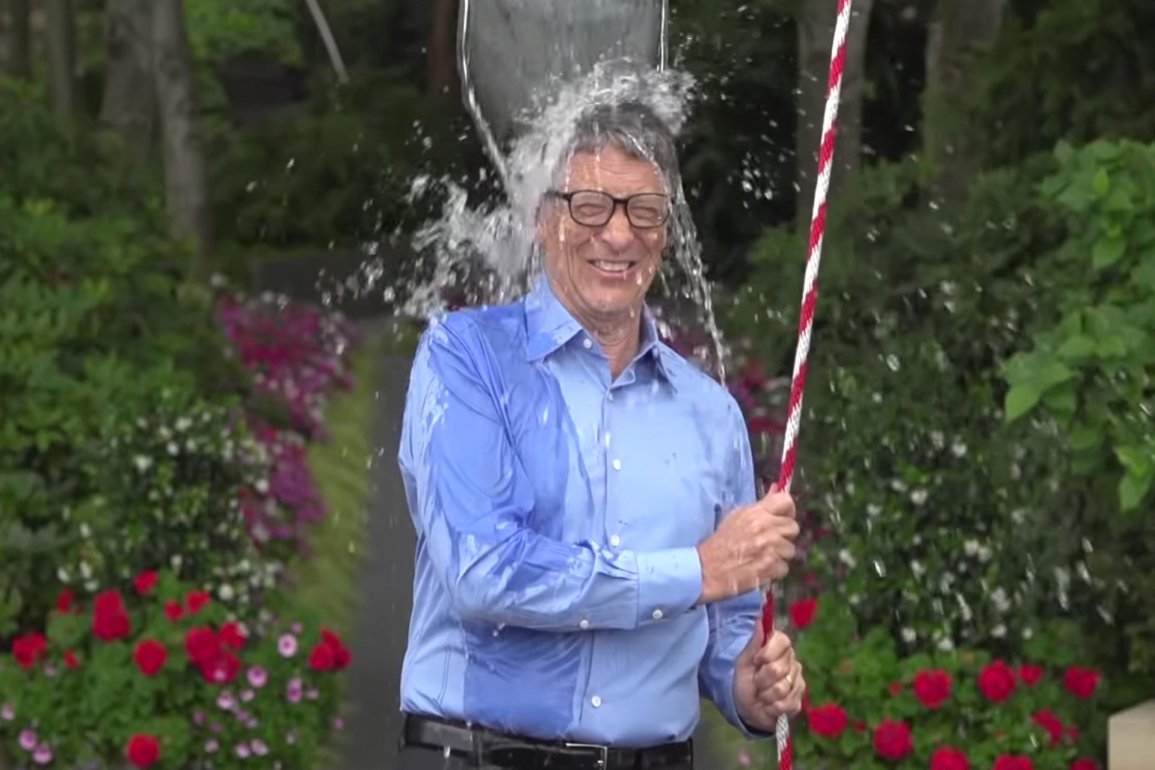 Examining the Success and Failure of the Ice Bucket Challenge

Much has been said about the Ice Bucket Challenge this summer. The campaign has certainly been a viral hit, but has it truly raised awareness for amyotrophic lateral sclerosis (ALS), the neurodegenerative disorder known more commonly as Lou Gehrig’s disease?

Originally, the Ice Bucket Challenge had nothing to do with ALS until a golfer in Sarasota, FL was challenged by a friend to participate in July. At that time participants would select a charity of their choice for donations and Chris Kennedy used the opportunity to select ALS.

The campaign really took off once celebrities became involved in August. Nominated by Mark Zuckerburg of Facebook, Bill Gates completed the challenge in dramatic fashion by adding some engineering into his feat.

Any brand would be thrilled with the amount of conversation and reach generated by such a campaign, not to mention the additional value as it was highlighted on major media outlets.

But are mentions equivalent to awareness? Looking at the Buzz Graph on the right (Source: Sysomos) you will see that ALS isn’t even part of the conversation.

Bill Dwyre, sports columnist for the Los Angeles Times, challenged the notion of raising awareness when he said, “the Ice Bucket Challenge is promoted as ‘raising awareness.’ There could be no greater awareness than Lou Gehrig.”

75 years later, Lou Gehrig’s farewell speech at Yankee Stadium still resonates with baseball fans and reminds us that the deadly disease can affect anyone.

Just how many millennials know whom Lou Gehrig is, let alone are aware of the heart-wrenching “I’m the luckiest man on the face of the Earth” speech?

For a disease that has been so closely tied with Gehrig over the years, the Ice Bucket Challenge may have exposed a whole new audience to its deadly effects. But it is difficult to ignore that a majority of the conversation is about the action, and not about the cause.

I would have appreciated the campaign much more if there was an educational component to the conversation. As it is, ALSA relies on each individual to do additional research about the disease and inform themselves about getting involved going forward.

Wired did attempt to examine how long it would take for the entire world to take the Ice Bucket Challenge. It would be a much more interesting exercise to determine what event reached more people – two months of the Ice Bucket Challenge or the 75 years since Lou Gehrig’s speech. Perhaps Nate Silver at FiveThirtyEight can tackle the statistical analysis?

Donations to the ALS Association

Besides measuring awareness and reach, we can examine the success of the campaign by its effects on donations to ALSA.

As of September 3, 2014 the ALS Association has received more than $107 million in Ice Bucket Challenge donations. Comparing the results to the previous year, the Association received just about $2.8 million in donations in the same time period. (July 29 – August 29, 2013)

Without a doubt this is an incredible success story for the Association as well as those fighting the disease. But as donations grew, so did the public’s interest in where the donations were applied.

According to ALSA’s 2012 Annual Report just 7.71% of the combined revenue was used to fund research.

That number has many asking questions. In fact ALSA says those numbers are misleading and has been actively communicating that the national office spent 28% of its operating budget on research—or $7.2 million.

Some have also argued that success for ALSA comes at a cost, as the Ice Bucket Challenge will cannibalize donations to other charities. Others have argued against that thinking. I am sure some cannibalization will occur. But the question we should ask is how many of those people never, or rarely, donate to a cause? The challenge may actually have a positive net effect on charitable giving, at least for a short period of time.

The Effect on Public Relations

ALSA has also made a few mistakes along the way. Their biggest may have been the lack of preparedness. When working with brands and organizations I always prepare them for the best and worst of times. The Association should have asked what would happen if the Ice Bucket Challenge did reach millions of people.

As part of that exercise I would have encouraged the Association to think about the response to the use of water in the campaign.

Nationally you have states like California that continue to deal with a drought. Across the world you have many people that do not have access to clean water.

In fact, nearly ONE BILLION people live without clean drinking water. Diseases from unsafe water and lack of basic sanitation kill more people every year than all forms of violence, including war.

ALSA could have considered partnering with an organization that brings clean water to developing countries. As an alternative, the Association could share a portion of all donations with a clean water charity.

Joseph Stromberg at Vox has demonstrated that the water used, or wasted, in the Ice Bucket Challenge pales in comparison to the water used to we use to produce food.

Can You Trademark a Viral Campaign?

“The ALS Association filed for these trademarks in good faith as a measure to protect the Ice Bucket Challenge from misuse after consulting with the families who initiated the challenge this summer. However, we understand the public’s concern and are withdrawing the trademark applications. We appreciate the generosity and enthusiasm of everyone who has taken the challenge and donated to ALS charities.”

The Ice Bucket Challenge will be used as a case study for non-profit organizations for the foreseeable future. It has successfully demonstrated how brands and organizations can tap into the power of social media to share and amplify their mission and message.

The ALS Association should be credited for their active and transparent communication. Since the Ice Bucket Challenge has gone viral they have seen an incredible increase in donations. They have been challenged to communicate exactly how those dollars will be allocated in 2014 and they’ve responded favorably by adding FAQs to their site and actively sharing the information on social media channels.

And as I’ve demonstrated here, there are always two sides to every story. So was the Ice Bucket Challenge a success or failure? I guess it depends on your definition of success.

I can’t help but question the lasting effect of the campaign. Will the ALS Association be able to sustain the success of their viral hit in 2015 and beyond? The simple, and obvious, answer is no. Has the Ice Bucket Challenge truly raised awareness for the disease or have they simply tapped into a cultural moment where lifecasting dominates the social web?

Before you judge the Ice Bucket Challenge I challenge you to read this post from a family affected by ALS. The post from Bo Stern does a great job demonstrating the effects of the disease. It would have been great to see ALSA humanize the campaign this way.

Will the $100 million plus in donations significantly alter the organization going forward? And ultimately, will the donations drive the research to help us find a cure for Lou Gehrig’s disease? That is the most important question to ask, and the real measure of success.

Do you think the Ice Bucket Challenge has been a success or failure? Share your thoughts in the comments below.